"The strong will always have their way," etc. — This was told by the Master whilst at Jetavana how Elder Amanda received a present of a thousand robes. The Elder had been preaching to the ladies of the king of Kosala's palace as described above in the Mahāsāra Birth[1].

As he preached there in the manner described, a thousand robes, worth each a thousand pieces of money, were brought to the king. Of these the king [18] gave five hundred to as many of his queens. The ladies put these aside and made them a present to our Elder, and then the next day in their old ones went to the palace where the king took breakfast. The king remarked, "I gave you dresses worth a thousand pieces each. Why are you not wearing them?" "My lord," said they, "we have given them to the Elder." "Has Elder Ānanda got them all?" he asked. They said, yes, he had. "The Supreme Buddha," said he, "allows only three robes. Ānanda is doing a little trade in cloth, I suppose!" He was angry with the Elder; and after breakfast, visited him in his cell, and after greeting, sat down, with these words:—

"Pray, Sir, do my ladies learn or listen to your preaching?"

"Oh, indeed. Do they only listen, or do they make you presents of upper garments or under-garments?"

"To-day, Sire, they have given me five hundred robes worth a thousand pieces each."

"And you accepted them, Sir?"

"Why, Sir, didn't the Master make some rule about three robes?"

"True, Sire, for every Brother three robes is the rule, speaking of what he uses for himself. But no one is forbidden to accept what is offered; and that is why I took them — to give them to Brothers whose robes are worn out."

"But when these Brothers get them from you, what do they do with their old ones?"

"Make them into a cloke."

"And what about the old cloke?"

"That they turn into a shirt."

"That serves for a coverlet."

"Sire, it is not permitted to waste the gifts of the faithful; so they chop up the old towel into bits, and mix the bits with clay, which they use for mortar in building their houses."

"A gift, Sir, ought not to be destroyed, not even a towel."

"Well, Sir king, we destroy no gifts, but all are used somehow."

This conversation pleased the king so much, that he sent for the other five hundred dresses which remained, and gave them to the Elder. Then, after receiving his thanks, he greeted the Elder in solemn state, and went his way. 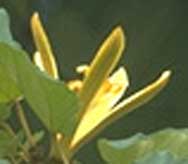 The Elder gave the first five hundred robes to Brothers whose robes were worn out. But the number of his fellow priests was just five hundred. One of these, a young Brother, was very useful to the Elder; sweeping out his cell, serving him with food and drink, giving him toothbrush and water for cleansing his mouth, looking after the privies, living rooms, and sleeping rooms, and doing all that was needed for hand, foot, or back. To him, as his by right for all his great service, the Elder gave all the five hundred robes which he had received afterwards. The young Brother in his turn distributed them among his fellow-students. These all cut them up, dyed them yellow as a kaṇikāra[2] flower; then drest therein they waited upon the Master, greeted him, and sat down on one side. "Sir," they asked, "is it possible for a holy disciple who has entered on the First Path to be a respecter of persons in his gifts?" "No, Brothers, it is not possible for holy disciples to be respecters of persons in their gifts." "Sir, our spiritual Teacher, the Treasurer of the Faith, gave five hundred robes, each worth a thousand pieces, to a young Brother; and he has divided them amongst us." "Brothers, in giving these Ānanda was no respecter of persons. That young fellow was a very useful servant; so he made the present to his own attendant for service' sake, for goodness' [19] sake, and by right, thinking that one good turn deserves another, and with a wish to do what gratitude demands. In former days, as now, wise men acted on the principle that one good turn deserves another." And then, at their request, he told them a story of the olden time.

Once upon a time, while Brahmadatta was king of Benares, the Bodhisatta was a Lion living in a cave on the hills. One day he came out from his lair and looked towards the mountain foot. Now all round the foot of that mountain stretched a great piece of water. Upon some ground that rose out of this was a quantity of soft green grass, growing on the thick mud, and over this mud ran rabbits and deer and such light creatures, eating of the grass. On that day, as usual, there was a deer eating grass upon it.

"I'll have that deer!" thought the Lion; and with a lion's leap he sprang from the hillside towards it. But the deer, frightened to death, scampered away belling. The Lion could not stop his onset; down on the mud he fell, and sank in, so that he could not get out; and there he remained seven days, his feet fixed like four posts, with not a morsel to eat.

Then a Jackal, hunting for food, chanced to see him; and set off running in high terror. But the Lion called out to him — "I say, Jackal, don't run — here am I, caught fast in the mud. Please save me!" Up came the Jackal. "I could pull you out," says he, "but I much fear that once out you might eat me." "Fear nothing, I won't eat you," says the Lion. "On the contrary, I'll do you great service; only get me out somehow."

The Jackal, accepting this promise, worked away the mud around his four feet, and the holes wherein his four feet were fixed he dug further towards the water; then the water ran in, and made the mud soft. Then he got underneath the Lion, saying — "Now, Sir, one great effort," making a loud noise and striking the Lion's belly with his head. The Lion strained every nerve, and scrambled out of the mud; he stood on dry land. After a moment's rest, he plunged in the lake, and washed and scoured the mud from him. Then he killed a buffalo, and with his fangs tore up its flesh, of which he proffered some to the Jackal, saying, "Eat, comrade!" and himself after the Jackal had done did eat too. After this, the Jackal took a piece in his mouth. "What's that for?" the Lion asked. "For your humble servant my mate, who awaits me at home." "All right," says the Lion, taking a bit for his own mate. "Come, comrade," says he again, "let us stay awhile on the mountain top, and then go to the lady's house." So there they went, and the Lion fed the she jackal; and after they were both satisfied, said he, "Now I am going [20] to take care of you." So he conducted them to the place where he dwelt, and settled them in a cave near to the entrance of his own.

Ever after that, he and the Jackal used to go a-hunting together, leaving their mates behind; all kinds of creatures they would kill, and eat to their hearts' content, and then bring back some for the two others.

And as time went on, the she-Jackal and the Lioness had each two cubs, and they all lived happily together.

One day, a sudden thought struck the Lioness. "My Lion seems very fond of the Jackal and his mate and young ones. What if there be something wrong between them! That must be the cause why he is so fond of them, I suppose. Well, I will plague her and frighten her, and get her away from this place."

So when the Lion and the Jackal were away on the hunt, she plagued and terrified the Jackal's mate, asking her why she stayed there, why she did not run away? And her cubs frightened the young Jackals after the same fashion. The she-Jackal told her mate what had been said. "It is clear," said she, "that the Lion must have dropt a hint about us. We have been here a long time; and now he will be the death of us. Let us go back to the place where we lived before!

On hearing this, the Jackal approached the Lion, with these words. "Master, we have been here a long time. Those who stay too long outstay their welcome. While we are away, your Lioness scolds and terrifies nay mate, by asking why she stays, and telling her to begone; your young ones do the same to mine. If any one does not like a neighbour, he should just bid him go, and send him about his business; what is the use of all this plaguing?" So saying, he repeated the first stanza:—

"The strong will always have their way; it is their nature so to do;
Your mate roars loud; and now I say I fear what once I trusted to."

The Lion listened; then turning to his Lioness, "Wife," said he, "you remember how once I was out hunting for a week, and then brought back this Jackal and his mate with me?" "Yes, I remember." "Well, do you know why I stayed away all that week?" "No, Sir." "My wife, in trying to catch a deer, I made a mistake, and stuck fast in the mud; there I stayed — for I could not get out — a whole week without food. My life was saved by this Jackal. This my friend saved my life! A friend in need is a friend indeed, be he great or small. Never again must you put a slight upon my comrade, or his wife, or his family." And then the Lion repeated the second stanza:—

"A friend who plays a friendly part, however small and weak he be,
He is my kinsman and my flesh and blood, a friend and comrade he;
Despise him not, my sharp-fanged mate! this 'Jackal saved nay life for me,"

[21] The Lioness, when she heard this tale, made her peace with the Jackal's mate, and ever after lived at amity with her and her young ones. And the young of the two pairs played together in their early days, and when the parents died, they did not break the bond of friendship, but lived happily together as the old ones had lived before them. Indeed, the friendship remained unbroken through seven generations.

When the Master had ended this discourse, he declared the Truths and identified the Birth: — (at the end of the Truths some entered on the First path, some on the Second, some on the Third, and some the Fourth:) —" Ānanda was the Jackal in those days, and the Lion was I myself."