"They who will neglect," etc. — This story the Master told while staying in Jetavana, about a Brother who had become a backslider.

When the Master asked him if it was really true that he was a backslider, the Brother replied that it was true. Being questioned for the reason, he replied that his passion had been aroused by seeing a finely dressed woman. Then the Master thus addressed him:

"Brother, these women tempt men by their figure and voice, scents, perfumes, and touch, and by their wiles and dalliance; thus they get men into their power; and as soon as they perceive that this is done, they ruin them, character, wealth and all, by their evil ways. This gives them the name of she-goblins. In former days also a troop of she-goblins tempted a caravan of traders, and got power over them; and afterwards, when they got sight of other men, they killed every one of them first, and then devoured them, crunching them in their teeth while the blood ran down over both cheeks." And then he told an old story.

Once upon a time, there was in the island of Ceylon a goblin town called Sirīsavatthu, peopled by she-goblins. When a ship is wrecked, these adorn and deck themselves, and taking rice and gruel, with trains of slaves, and their children on their hip, they come up to the merchants. [128] In order to make them imagine that theirs is a city of human beings, they make them see here and there men ploughing and tending kine, herds of cattle, dogs, and the like. Then approaching the merchants they invite them to partake of the gruel, rice, and other food which they bring. The merchants, all unaware, eat of what is offered. When they have eaten and drunken, and are taking their rest, the goblins address them thus: "Where do you live? where do you come from? whither are you going, and what errand brought you here?" "We were shipwrecked here," they reply. "Very good, noble sirs," the others make answer; "'tis three years ago since our own husbands went on board ship; they [90] must have perished. You are merchants too; we will be your wives." Thus they lead them astray by their women's wiles, and tricks, and dalliance, until they get them into the goblin city; then, if they have any others already caught, they bind these with magic chains, and cast them into the house of torment. And if they find no shipwrecked men in the place where they dwell, they scour the coast as far as the river Kalyāṇi[1] on one side and the island of Nāgadīpa on the other. This is their way.

Now it happened once that five hundred shipwrecked traders were cast ashore near the city of these she-goblins. The goblins came up to them and enticed them, till they brought them to their city; those whom they had caught before, they bound with magic chains and cast them into the house of torment. Then the chief goblin took the chief man, and the others took the rest, till five hundred had the five hundred traders; and they made the men their husbands. Then in the night time, when her man was asleep, the chief she-goblin rose up, and made her way to the house of death, slew some of the men and ate them. The others did the same. When the eldest goblin returned from eating men's flesh, her body was cold. The eldest merchant embraced her, and perceived that she was a goblin. [129] "All the five hundred of them must be goblins!" he thought to himself: "we must make our escape!"

So in the early morning, when he went to wash his face, he bespake the other merchants in these words. "These are goblins, and not human beings! As soon as other shipwrecked men can be found, they will make them their husbands, and will eat us; come — let us escape!"

Two hundred and fifty of them replied, "We cannot leave them: go ye, if ye will, but we will not flee away."

Then the chief trader with two hundred and fifty, who were ready to obey him, fled away in fear of the goblins. 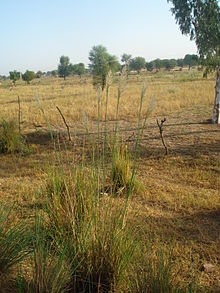 Now at that time, the Bodhisatta had come into the world as a flying horse[2], white all over, and beaked like a crow, with hair like muñja grass[3], possessed of supernatural power, able to fly through the air. From Himalaya he flew through the air until he came to Ceylon. There he passed over the ponds and tanks of Ceylon, and ate the paddy that grew wild there. As he passed on thus, he thrice uttered human speech filled with mercy, saying — "Who wants to go home? who wants to go home? "The traders heard his saying, and cried — "We are going home, master!" joining their hands, and raising them respectfully to their foreheads. "Then climb up on my back," said the Bodhisatta. Thereat some of [91] them climbed up, some laid hold of his tail, and some remained standing, with a respectful salute. Then the Bodhisatta took up even those who stood still saluting him, and conveyed all of them, even two hundred and fifty, to their own country, and set down each in his own place; then he went back to his place of dwelling.

And the she-goblins, when other men came to that place, slew those two hundred and fifty who were left, and devoured them.

The Master now said, addressing the Brethren: "Brethren, even as these traders perished by falling into the hands of she-goblins, but the others by obeying the behest of the wonderful horse each returned safe home again; so, even so, they who neglect the advice of the Buddhas, both Brethren and Sisters, lay Brethren and lay Sisters, [130] come to great misery in the four hells, places where they are punished under the five fetters, and so forth. But those who abide by such advice come to the three kinds of fortunate birth, the six heavens of sense, the twenty worlds of Brahma, and reaching the state of imperishable Nirvana they attain great blessedness." Then, becoming perfectly enlightened, he recited the following verses:

"They who will neglect the Buddha when he tells them what to do,
As the goblins ate the merchants, likewise they shall perish too.

"They who hearken to the Buddha when he tells them what to do,
As the bird-horse saved the merchants, they shall win salvation too."

When the Master had ended this discourse, he declared the Truths and identified the Birth: — at the conclusion of the Truths the backsliding Brother entered on the Fruit of the First Path, and many others entered on the Fruit of the First, Second, Third or Fourth: — "The Buddha's followers were the two hundred and fifty who followed the advice of the horse, and I was the horse myself."

[2] On one side of a pillar in a Buddhist railing at Mathura, is a flying horse with people clinging to it, perhaps intended for this scene (Anderson, Catalogue of the Indian Museum, i. p. 189).