Some interesting examples are shown below.

One followed by 28 zeros. A very large number.

A measure of years.

A unit of quantity often referenced in the Suttas (more often in the Jatakas), equal to 107 or 10 million.

Today we have these names for very large numbers:

Worth four Padas or twenty masakas[3]

See also: Lilavati Definitions for more on the weight of these coins.

Derived from an ancient Celtic unit and adopted by the Romans as the leuga, the league became a common unit of measurement throughout western Europe. It was intended to represent, roughly, the distance a person could walk in an hour. The Celtic unit seems to have been rather short (about 1.5 Roman miles, which is roughly 1.4 statute miles or 2275 meters), but the unit grew longer over time. In many cases it was equal to 3 miles, using whatever version of the mile was current. At sea, the league was most often equal to 3 nautical miles, which is 1/20 degree [2], 3.45 statute miles, or exactly 5556 meters. In the U.S. and Britain, standard practice is to define the league to be 3 statute miles (about 4828.03 meters) on land or 3 nautical miles at sea.[1]

A measure of distance: the amount that could be travelled in one day with one yoke (two) of oxen, or about 7 miles

See also: Lilavati Definitions for more on the Yojana and measures of distance.

A measure of length. The length of a staff or goad or the stalk of the sugar cane (to cane): working back from Usabha, equal to about 10 feet

"How long, lord, is the measure of life
in the White Lotus Purgatory?"

"Long indeed, bhikkhu, is the measure of life
in the White Lotus Purgatory.

Not easy is it to reckon
how many years,
or centuries,
or tens or thousands of centuries."

"Can we reckon it by means of a figure, lord?"

"We can, bhikkhu," said the Exalted One.

"Suppose there were a load of twenty kharis
as we reckon them here in Kosala,
of sesamum seed.

And suppose at the end of every century
a man were to take out one seed at a time.

Sooner, bhikkhu, would that same load
be used up and finished
than [a term in] the Abbuda Purgatory.

[1]How Many? A Dictionary of Units of Measurement

[3]On the Mashaka we have something: (From: Early Monetary Systems of Lanka (Ceylon))Some rock inscriptions refer to a relationship between money and weights. The famous 'Vessagiri' inscription refers to an instance where King Dappula V(l0th Century A.D.) paid or agreed to pay by means of 'kalan' and 'aka' for the construction of a dagoba. The following table of weights as given in the `Abhidhanappadipika', a book written in the 12th Century A.D. may be considered as relevant.

How Many? A Dictionary of Units of Measurement

Miscellaneous, to be researched: catu-nahuta ninety-four J I.25; VI.486;
catu-paṇṇasa fiftyfour DhA I.4;

Childers, A Dictionary of the Pali Language

Ammaṇam. According to Childers, A Dictionary of the Pali Language this would be about eight thousand acres.

Time: Khaṇo vā layo vā muhutto vā; the Chinese traveller, Hiuen Tsiang (or Yuan Chwang), has the following note on these periods: The shortest portion of time is called a kshaṇa; 120 kshaṇas make a takshaṇa; 60 of these make a lava (sic); 30 of these make a muhūrta; 5 of these make a kāla; 6 of these make a day and night. Beal's Records 71. See Childers, muhutto.

1. The (very small mote of) dust which may be discerned in a sun-beam passing through a lattice is called trasarenu (trembling dust).

2. Eight of these (trasarenus) are equal to a nit.

3. Three of the latter are equal to a black mustard-seed.

4. Three of these last are equal to a white mustard-seed.

5. Six of these are equal to a barley-corn.

6. Three of these equal a Krishnala.

7. Five of these equal a Mâsha.

8. Twelve of these are equal to half an Aksha.

9. The weight of half an Aksha, with four Mâshas added to it, is called a Suvarna.

11. Two Krishnalas of equal weight are equal to one Mâshaka of silver.

12. Sixteen of these are equal to a Dharana (of silver).

13. A Karsha (or eighty Raktikâs) of copper is called Kârshâpana.

14. Two hundred and fifty (copper) Panas are declared to be the first (or lowest) amercement, five hundred are considered as the middlemost, and a thousand as the highest.

The below consists of unedited citations from PED:

Gaṇaka [from gaṇ, to comprise in the sense of to count up] a counter, one skilled in counting familiar with arithmetic; an accountant, overseer or calculator. Enumerated as an occupation together with muddika at D I 51 (explained Sv I 157 by acchidda-pāṭhaka); also with muddika and saṅkhāyika S IV 376; as an office at the king's court (together with amaccā as gaṇaka-mahāmatta = a ministerial treasurer) D III 64, and in same context D III 148, 153, 169, 171, 177; as overseer Vin III 43; as accountant Miln 79, 293; Vv-a 66.

Tāvatiɱsa [tayo + tiɱsa. Cf. Vedic trayastriɱśat] The number 33, only in compounds denoting the 33 gods, whose chief is Sakka, while the numeral 33 is always tettiɱsa. This number occurs already in the Vedas with reference to the gods and is also found in Zend-Avesta (see Haug, Language and Writings, pages 275, 276). The early Buddhists, though they took over the number 33, rejected the superstitious beliefs in the magical influence and mystic meaning of that and other simple numbers.

Te° [Sanskrit trai°] secondary base of numeral three (from ti) in combinations: having a relation to a triad of, three; in numerical compounds also = three (see under tayo).

Di° secondary base of numeral 2, contracted from dvi: see under dvi B I 4.

(ordinal number) [Sanskrit dvitīya, with reduction of dvi to du, as in compounds mentioned under dvi B II For the meaning "companion" cf. ordinal number for two in Latin secundus < sequor, i.e. he who follows, and Greek δεύτερος > δεύομαι he who stays behind, also Sanskrit davīyas farther] (a) (numeral) the second, the following Ja II 102, 110; dutiyaɱ for the second time (cf. tatiyaɱ in series 1, 2, 3) Vin II 188; D II 155. 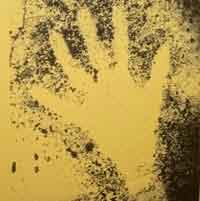 Padatta (neuter) [abstract from pada] being or constituting a lot, part or element Pj II 164.

Pabbedha [pa + vedha of vyadh, cf. BHS pravedha in same phrase at Divy 56, viz. ṣoḍaśa-pravedho] piercing through (measuring) an arrow shot Thag 164 — Ja II 334 (soḷasa° = soḷasa-kaṇḍa-pāta-vitthāro Commentary). Note: pabbedha owes its -bb- to analogy with ubbedha. It also corresponds to the latter in meaning: whereas ubbedha refers to the height, pabbedha is applied to the breadth or width.

Pamāṇavant (adjective/noun) [from pamāṇa] having a measure, finite; or: to be described, able to be defined Vin II 110; A II 73.

Paramatā (feminine) [from parama, Vedic paramatā highest position] the highest quantity, measure on the outside, minimum or maximum D I 60 (ghāsa-cchādana-paramatāya santuṭṭho contented with a minimum of food and clothing; Sv I 169 explained by uttamatāya); M I 10 (abyābajjha°); S I 82 (nāḷik'odana-paramatāya on a nāḷi of boiled rice at the most); frequent in phrase sattakkhattuɱ p. interval of seven rebirths at the outside (cf. parama), being reborn seven times at the most S II 134f.; V 458; Kv 469 (cf. PtsC 2683).

Muhutta (masculine and neuter) [Vedic muhūrta, from muhur suddenly] a moment, a very short period of time, an inkling, as we should say "a second" — Its duration may be seen from descending series of time-connotations at Pv-a 198 (under jātakamma, prophesy by astrologers at the birth of a child): rāsi, nakkhatta, tithi, m.; and from definition at Nidd II §516 by "khaṇaɱ, layaɱ, vassaɱ, atthaɱ." Usually in oblique cases: muhuttena in a short time, in a twinkling of an eye Pv-a 55; muhuttaɱ (accusative) a moment, even a second Snp 1138 (m. api); Dhp 65 (the same), 106; Pv-a 43.

Yāma -kālika of a restricted time, for a (relatively) short period (literal) only for one watch of the night, but longer than yāva-kālika temporary. It is one of the three regulation-terms for specified food, viz. y.-k., sattāhakālika and yāvajīvika, or short period, of a week's duration, and life-long food Vin IV 83, 86, 176, 311; to which is added yāva-kālika, temporary at Vin I 251 (where mutual relations of the 4 are discussed);

Hadaya-bheda "heart-break," a certain trick in cheating with measures Sv I 79;

Ratani [Sanskrit aratni "elbow" with apocope and diæresis; given at Abhidh-r-m 2, 381 as "a cubit, or measure from the elbow to the tip of the little finger" The form ratni also occurs in Sanskrit. The etymology is from Indo-Germanic °ole (to bend), cf. Avesta ar°pna elbow; Sanskrit arāla bent; of which enlarged bases °olen in Latin ulna, ond °oleq in Latin lacertus, Sanskrit lakutah. = Pāli laguḷa. See cognates in Walde, Latin Wtb. sub voce lacertus] a cubit Miln 85 (aṭṭha rataniyo).

Ratha1-reṇu. Ratha1 a two-wheeled carriage, chariot -reṇu "chariot-dust," a very minute quantity (as a measure), a mite. Childers compares Sanskrit trasareṇu a mote of dust, atom. It is said to consist of 36 tajjāri's, and 36 ratha-reṇu's are equal to one likkhā: Vibh-a 343;

Rūpa B. In phrase rūpaṃ sikkhati Vin I 77 = IV 129 the meaning is doubtful; it may be "to study drawing, or arts and craft," or (with Mrs. Rh.D.) "weights and measures," or (with Hardy) "money changing." It is said that through this occupation the eyes become bad; it is opposed to gaṇanā.

Sugata [su + gata] -aṅgula a Buddha-inch, an inch according to the standard accepted by Buddhists Vin IV 168; -vidatthi a Buddha-span, a span of the accepted length Vin III 149; IV 173;