The content of this site is available in two locations:
buddhadust.net and obo.genaud.net

Download the Latest Zip Version of the Site:
http://obo.genaud.net/resources/download/bulk.htm
or clone the git repo;
https://github.com/alexgenaud/buddhadust

*Mac users, please note: this font substitutes the * (asterisk) for the ñ (nya; n with tilda)

Diacritics used in Roman Scripts for Pali/Sanskrit studies; PTS: Pali English Dictionary.
A page with all the characters needed for the PED. To be copied and pasted.

Warren's Textbook introducing Buddhism by way of translations from the Pali. A wide selection of sources organized by way of the Tripple Gem: Buddha, Dhamma, Saṅgha. Some oddities in the translation, and some choices one could live without, but all-in-all a great book for beginners.

This is the html version, in compressed formats. You will need the MozPali Font (see above) to view the Pali diacriticals properly.

The Fundamentals of Meditation Practice 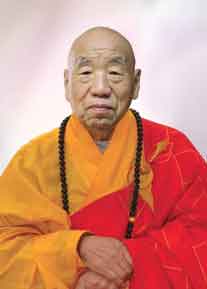 This is a Zip file of a PDF Document of a book on Ch'an meditation technique by the teacher of another of my teachers, Venerable Lok To, the book's translator (I believe Sam Landberg is also an old acquaintance of mine).

This is a work which every educated person should have read. It's relevance here is that it is cited by Rhys Davids in DN 26. But thank goodness for that as this work is full of wise advice. It is also crazy in spots and surely meets the description: There are those of other beliefs that are sometimes correct and sometimes not. The influence of this work on Chinese culture is evident in its rulers even today after the Comunist revolution. Essentially Lao Tsu is describing the way the governer of a state should use intentional not-doing or Wu wei 無爲, which is a basic principle of the Dhamma. There is much for a Buddhist practitioner to learn from this work. Another case of a man born in the wrong time who but for contact with the Dhamma would most certainly have prospered within it.

These are zipped pdf files for downloading to your computer. Be warned! They are all large files.

With the exception of the volumes of The Book of the Discipline, all the suttas in these volumes have been converted to html files which can be accessed individually from the Index.

These books are either Public Domain or are being released to the public under the following licence:

The following two alternatives for the Vinaya Pitaka are also suggested:
1. Download the Rhys Davids/Oldenberg translation from Sacred Texts Archive, (Now fully html formatted and available on this site.)
2. Check out the available resources in the Index. These include the Patimokkha in the Rhys Davids/Oldenberg translation and Bhk. Thanissaro's version.

The Upgrade version of the .htm edition of the PTS PED:
ped.htm almost 6MB!
ped-stand-alone.zip 2.2MB This version has an internal style sheet and all images have been removed. Works on installation, no editing necessary.

The Upgrade version of the .txt edition of the PTS PED:
ped.utf8.txt 5.5MB!
ped.utf8.zip 2.2MB
Zipped text file in unicode utf-8 with PC line endings.
ped.utf8-stripped.zip This version of the text file contains only the title page and the word listings; no introductory materials.

This work is based on a scanned version of an early reprint of an early edition of The Pali Text Society's Pali English Dictionary revised in accordance with the 2015 "Reprint with corrections" by K.R. Norman, William Pruitt and Peter Jackson.

The Bhikkhu Ñāṇamoḷi 3-volume manuscript used as the basis for the Bhk. Bodhi edited edition.

"Manuscript" here means hand written! and his script is no easy thing to read.

A Practical Grammar of the Pali Language

This is a Zip file of a PDF Document.

The Light of Asia, Being the Life and Teaching of Gautama Prince of India and Founder of Buddhism (as told in verse by an Indian Buddhist). A version of this work annotated by Ānandajoti Bhikkhu.

Further Dialogues of the Buddha, Translated from the Pali of the Majjhima Nikāya. Images.
Volume I
Volume II

Dictionary of the Pali Language. Images.

On Yuan Chwang's Travels in India

Fukanzazengi, A Universal Recommendation for True Zazen, by Dogen, Who Transmitted the Dharma from Sung (China)

The Interpretation of Dreams, The MacMillan Company, 1913.

The Travels of FA-hsien, (399-414 A.D.), or Record of the Buddhistic Kingdoms, H.A. Giles, M.A., re-translation.
From the Introduction: From this little book of travel the unbiassed reader may perhaps obtain a furtive glimpse of the gradeur of the Buddhist religion in the early years of the 5th century A.D.

Manual of Budhism, in its Modern Development, translated from Singhalese mss. by R. Spence Hardy, Partridge and Oakey, 1853

The Religions of India

Buddhist Philosophy in India and Ceylon, 1923

Pali Buddhist Review: Vol. 5, No. 1-2, 1980, Mulapariyaya Sutta, The Root of all Dhammas, translated by Ñāṇamoli Thera. 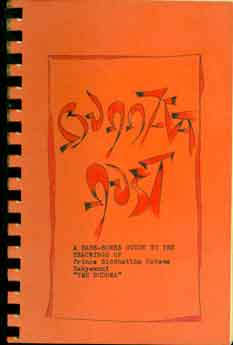 The first iteration of The Pali Line c 1987. The original was typewritten. This version has been reset using Times Roman. The illustrations are from the original. Some very slight editing. Handy as a quick reference to one way of organizing the Dhamma. 74 pages.

Return to Tranquility
Becoming a Buddhist
Beyond the Hoirizon of Time
Buddha the Radical Shrink: Buddhist Psychotherapy
Did We Cross the Threshold of Hope?
The Four Evolutionary Stages of Religion
The Philosophy of Vesak
The Psychology of Mettā
Why Religion?

Buddhist Birth Stories: or Jātaka Tales. The Oldest Collection of Folk-lore Extant, being The Jātakatthavaṇṇā, Edited in the Pali by V. Fausböll and Translated by T.W. Rhys-Davids. The title page says "Volume 1" so it is uncertain if this is the complete set.
The American Lectures on the History of Religions. Buddhism — The History and Literature of Buddhism, by T.W. Rhys-Davids.
The Hibbert Lectures, 1881, Lectures on the Origin and Growth of Religion as illustrated by some points in the History of Indian Buddhism
Buddhism: A Sketch of the Life and Teachings of Gautama, the Buddha
Persecution of the Buddhists in India, JPTS 1894-1896, page 87 ff..
Schools of Buddhist Belief, by T.W. Rhys Davids, Journal of the Royal Asiatic Sociey, 1892.
The Sects of the Buddhists, by T.W. Rhys Davids, Journal of the Royal Asiatic Sociey, 1891.

Sacred Books of the East,

Sacred Books of the East, Volume 21: Lotus of the True Law.
A Mahayana Sutta. Included here because occasionally referenced in footnotes.

Journal of Psychoactive Drugs, The Religious and Medicinal Uses of Cannabis in China, India and Tibet.

Asoka the Buddhist Emperor of India

The Buddhist Monastic Code, Volumes I and II
The Mind like Fire Unbound
The Paradox of Becoming
Skill in Questions
The Question of Bhikkhunī Ordination
First Things First
The Truth of Rebirth
Udāna: Exclamations

Pali as an Artifical Language, from The Online Journal of the International Association of Sanskrit Studies, Volume X (1982), Proceedigs of the Conference Seminar of Indological Studies, Stockholm, 1980 (Reprinted with Permission)

Early Buddhist Teachings - A Collection of Early Sutras, compiled by Javier Fernandez-Viña
This compilation focuses on lesser known sources and attempts to collect a wide variety of them. It includes extracts from many different Indian Buddhist traditions including: Dharmaguptaka, Sarvastivada, Sautrantika, Mulasarvastivada, Mahasamghika, Pudgalavada and Mahayana.

File Structure Template. A set of empty folders for organizing suttas in the Pali Cannon.

TEXTPAD USERS. A Clip-book for the insertion of Unicode diacritical characters for the Pali Language.
pali-diacritics.zip
Download > Extract to SAMPLES subfolder of your TextPad installation folder > then
1. From the View menu, choose Clip Library;
2. Click the down arrow on the Clip Library, to display the list of clip-books;
3. Select "pali-diacritics.TCL" from the drop-down list.

The clip-book contains all the diacriticals used for writing the Pali language in Roman characters (see above). All the alternative forms and a few often-used special characters are included, and the Clip book can be edited to add new clips as needed.

Translators/Editors, future and present, The unique Clip-book feature of TextPad allows the saving of any amount of text as a macro for insertion at a later time. This means it is possible that a collection of 'stock phrases' either of translation fragments or the original Pali, can be stored for repeated use and inserted with a click where needed.

The translations of the Four Nikāyas by Bhk. Sujato and his computer.

Free downloads of the PTS translations of the Four Nikāyas have just been announced by Bhante Bhikkhu Subhuti on his website: americanmonk.org

It was originally announce that these books would undergo updating as the proofing of the source files was completed. To insure that you are downloading the latest version, please downlad from americanmonk.org

Selected Suttas from the Four Nikāyas

The Translations of Michael M. Olds

Yarnbasket for a Buddhist, Volume 1: Selected Suttas from the Majjhima Nikāya.

Yarnbasket for a Buddhist, Volume 2: Selected Suttas from the Dīgha Nikāya

Yarnbasket for a Buddhist, Volume 3: Selected Suttas from the Aṅguttara Nikāya

Yarnbasket for a Buddhist, Volume 4-Part I: Selected Suttas from the Saṃyutta Nikāya

Yarnbasket for a Buddhist, Volume 4-Part II: Selected Suttas from the Saṃyutta Nikāya